What my parents told me is true after all, that good posture will make you more successful.  Certainly, if you stand up straight, pull your shoulders back and your stomach in, you will feel more positive, more energised and more confident, which will cause you to think and act in a more powerful way.

Not only will your good posture empower you but you will also then unconsciously convey that sense of confidence and leadership gravitas to others. People will view you more positively especially when interacting with them in either group meetings or one to one. If this good posture is sustained it will likely lead to increased career success.

It makes sense intuitively and it has been confirmed by research from the Kellogg School of Management at North Western University in 2011, which found that good posture plays an important role in determining whether people act as though they are really in charge.

The research indicates “that posture expansiveness, positioning oneself in a way that opens up the body and takes up space, activates a sense of power that produces behavioural changes in a person, independent of their actual rank or hierarchical role in an organisation”.

This means that if you stand tall and walk tall, you will feel more important and other people will unconsciously perceive you as such. This makes perfect sense as I have experienced many situations where a person with good posture projects nonverbal signals of energy, confidence and health and, similarly, where a person with poor body postures appears uninterested, uncertain, or lethargic. My perception of them changes accordingly.

Paul Lyons is an experienced CEO, Coach, Speaker, NED and MTQ48 accredited.  As CEO of Mental Toughness Partners, he assists individuals and organisations to develop their mental toughness to improve performance, behaviour and wellbeing.  You can find him at paullyons.com and mentaltoughness.partners.

“The research led by Kellogg School Professor Adam Galinsky and Kellogg PhD candidate Li Huang, along with Stanford Graduate School of Business Professor Deborah Gruenfeld and Stanford PhD candidate Lucia Guillory, is the first to directly compare the behavioral effect of having a high-power role versus being in a high-power posture. The paper, “Powerful Postures Versus Powerful Roles: Which is the Proximate Correlate of Thought and Behavior?,”

The research, says that posture plays an important role in determining whether people act as though they are really in charge. The research finds that “posture expansiveness” — positioning oneself in a way that opens up the body and takes up space — activates a sense of power that produces behavioral changes in a person independent of his or her actual rank or hierarchical role in an organization.

Though they did not anticipate it, the researchers found that posture mattered more than hierarchical role — it had a strong effect in making a person think and act in a more powerful way. In an interview situation, for example, an interviewee’s posture will not only convey confidence and leadership, but the person will actually think and act more powerfully. “Going into the research, we figured role would make a big difference,” Huang noted. “But shockingly, the effect of posture dominated the effect of role in each and every study.”

“The Dec.5, 2005 cover of The New Yorker is a classic example of how indicative posture can be in determining whether people act as though they are in charge,” said Galinsky, the Morris and Alice Kaplan Professor of Ethics and Decisions in Management. “The image depicts the power relationships between former President George W. Bush — shown with an apron, feather duster, and a slouched, constricted posture — while former Vice President Dick Cheney has both arms expansively extended across the back of a sofa, his legs sprawled across a coffee table. When hierarchical role and physical posture diverge like this, posture seems to be more important in determining how people act and think.”

To test their theory, the researchers conducted three experiments to explore the effects of body posture versus role on power-related behaviors. The first two experiments demonstrated that when individuals were placed in high- or low-power roles while adopting expansive or constricted body postures, only posture activated power-related behaviors. In the expansive posture condition, participants were asked to place one arm on the armrest of a chair and the other arm on the back of a nearby chair; they were also told to cross their legs so the ankle of one leg rested on the thigh of the other leg and stretched beyond the leg of the chair. Conversely, in the constricted posture condition, participants were asked to place their hands under their thighs, drop their shoulders and place their legs together.

During various tasks, such as a word completion exercise and a blackjack game, participants with open body postures were thinking about more power-related words and generally took more action than those with closed body postures. Although people in a high-power role reported feeling more powerful than did those in a low-power role, the manipulation of role power had little effect on action. These findings demonstrate that role and posture independently affect participants’ sense of power, but posture is more responsible for activating power-related behaviors.

An understanding of the power of posture will be important for those seeking new jobs in 2011, Galinsky said. “With 1.9 million new jobs on the horizon this year, our research suggests that your posture may be quite literally the way to put your best foot forward in a job interview,” he said. 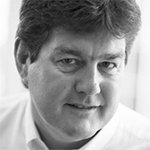